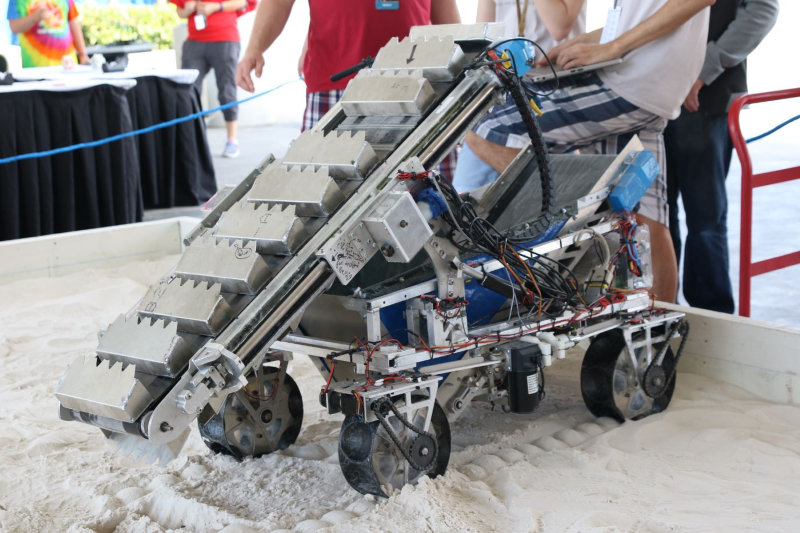 The rules for the 2015-2016 competition incentivized deep digging, so we went for depth. Our focus on reaching the gravel layer (30cm below the surface of the arena) lead to a radicially different design of this years robot. The excavation system was selected to be a deployable bucket conveyor. Our wheel design improved upon the previous year, and were carbon fiber formed to have hemispherical indentations in the surface to compress the surface while allowing the robot to turn. During the 2015-2016 year we also focused on creating dustproof shielding for our mechanical components.