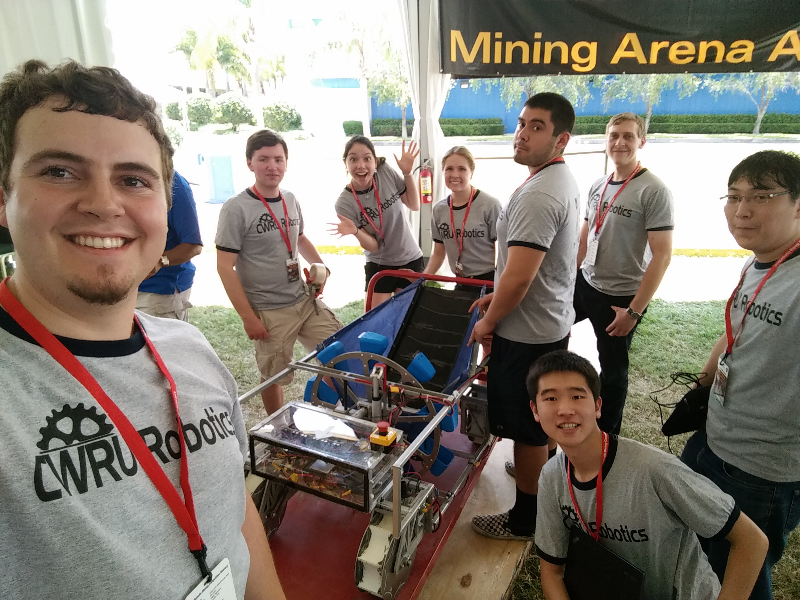 For the 2014-2015 NASA RMC competition we improved upon our 2013-2014 robot's design. Like the previous year, this robot used both a bucket wheel excavator and a conveyor belt for dumping. This year the robot's weight was significantly reduced (20kg less!), by weight saving measures such as switching to an aluminium frame and using a tarp to line the hopper. What made this robot stand out, however, were its wheels. Custom made out of PVC pipes, the wheels had a unique concave pattern that compressed the regolith beneath the robot which prevented the robot from sinking into the loose regolith of the competition arena. We won the Regolith Mechanics Award for our wheel design. 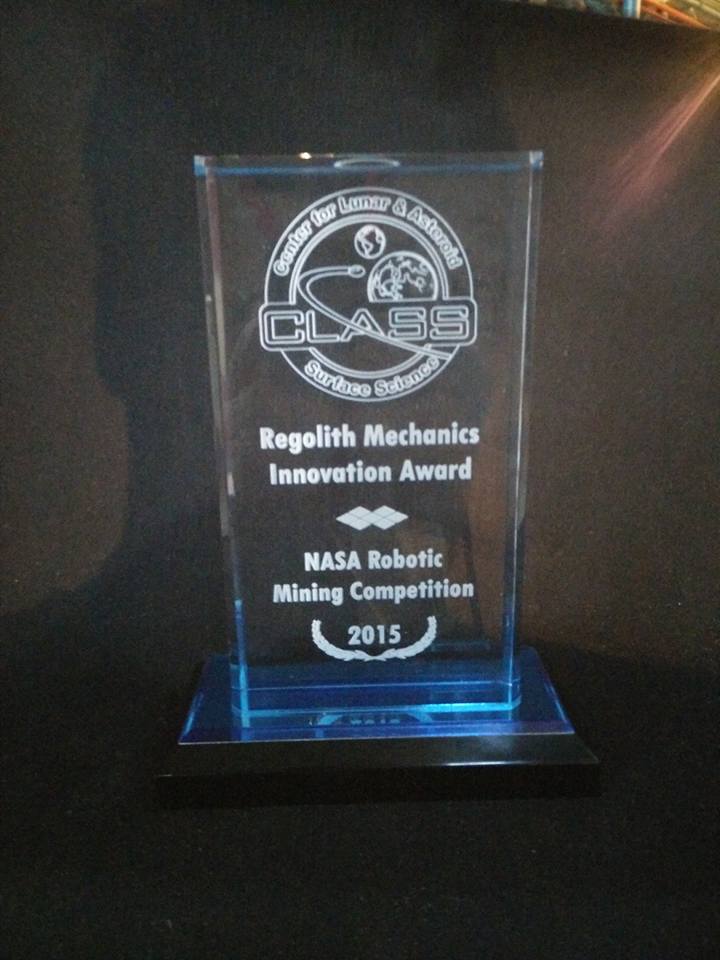