As the summer draws to a close, the members of the CWRUbotix exec wanted to share the club's accomplishments in the last year and give a preview of what's to come. In addition to this blog, you can check out our YouTube channel and Facebook page to see all of the details about our different competitions and generally keep up to date on what's going on. But enough preamble, let's get to the robots!

CWRUbotix participated at the National Robotics Challenge in Marion, Ohio from April 6-8 in the 3lb Combat Competition, Autonomous Vehicle Challenge, and Robot Maze Contest. This marked the third year that the club competed at the Challenge.

Each robot competed valiantly, with the 3 lb Combat Bot taking Gold in the Collegiate Division. This adds to the CWRUbotix combat team's collection of awards, including their 2015 Honda Innovation Award.

This year, the team added a third competition to our repertoire; the Collegiate Clash battle bot competition hosted by Ohio Northern University. Unfortunately, the competition was not announced with enough time for any of the competing teams to finish their robots by the originally scheduled time in April, so it was postponed to 2018 and the team will be refining their design in the meantime.

The team competed in NASA's Robotic Mining Competition at Kennedy Space Center for the 5th year and placed 5th place overall with our robot, Glennifer, also achieving the best mining run in the team's history with 11.8 kg of regolith and 1 kg of gravel. This was the first time in the history of the team we were able to complete a qualifying run.

Our rigorous design schedule throughout the year also allowed us to actually enjoy all that Florida had to offer in addition to our competition, providing some much needed relaxation at the end of the semester and closing out the year in style! 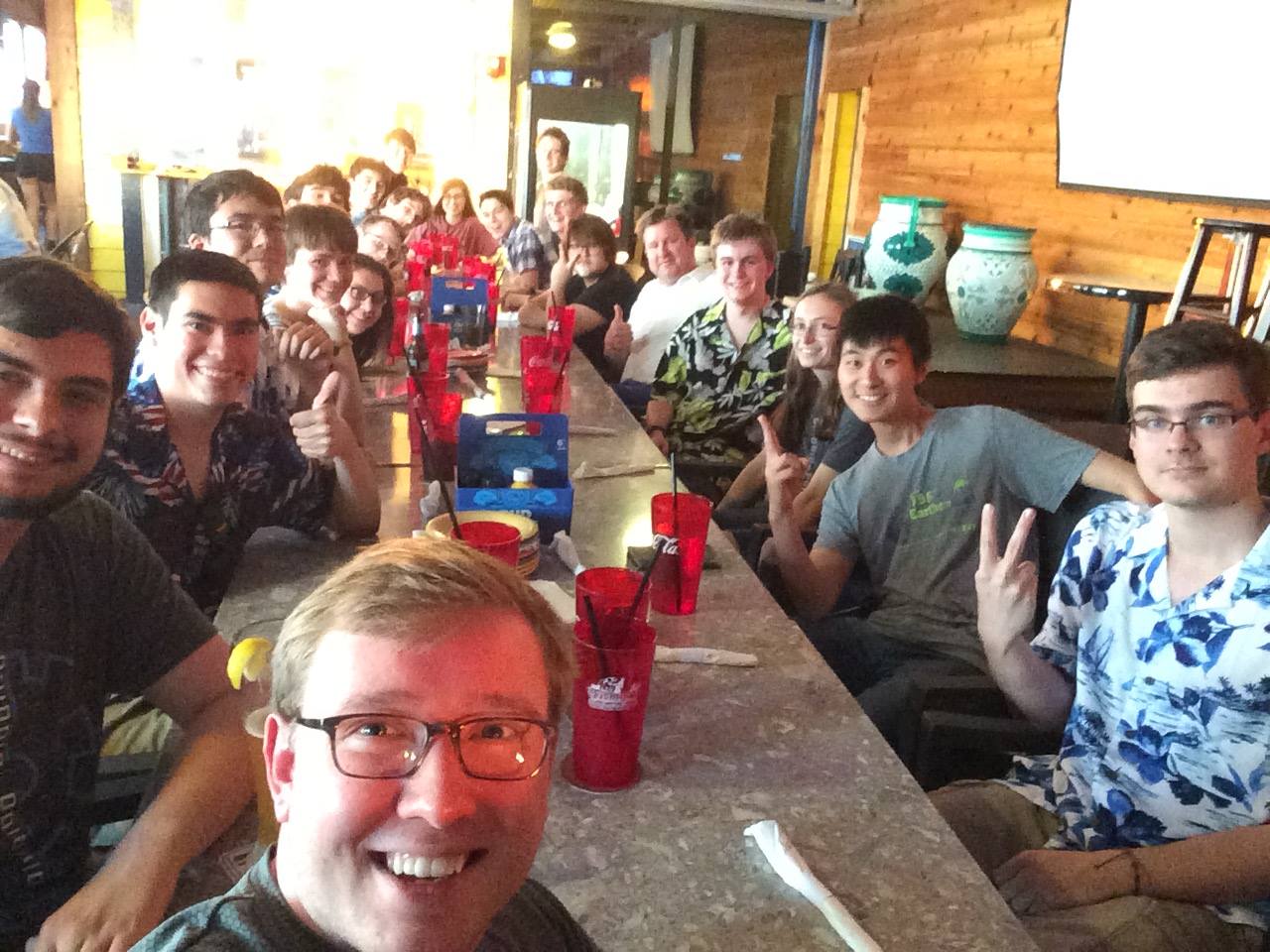 Looking to the Future

With fall semester practically around the corner, we have tons of new and exciting projects and events planned for the coming year. September will mark the beginning our second annual Robotics Bootcamp, in which we'll teach all of our new members everything they'll need to know to start building awesome robots.

The team will be returning to NRC and NASA RMC, and we will be competing in the first Collegiate Clash in April 2018. We'll also be committing to more community involvement and outreach, including a expansion and revamp of our Mechathon at local elementary schools and a partnership with the Case Engineering Council.

There's lots that will be happening in the coming year, and we value your continued support throughout. Here's to a great year full of awesome robots!